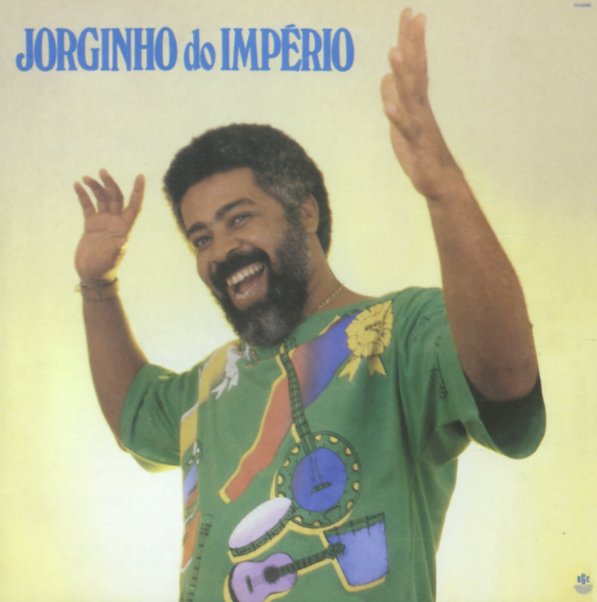 A late 80s album from Jorginho Do Imperio – but one that's got the same sharp samba vibe as similar records from a decade or two before! The production is great – mostly in that wide, echoey RGE Records mode – which allows the lively percussion, guitar lines, and chorus vocals to resonate with this great sense of space behind Jorginho's led – which itself has this bold, resonant quality that really sends the tunes home! Titles include "Pai Joao", "Eu Vi Que Te Amo", "Mala Pesada", "Canto Pra La", "Sabia Que Voce Vinha", and "Nao Venha Me Tapear".  © 1996-2020, Dusty Groove, Inc.