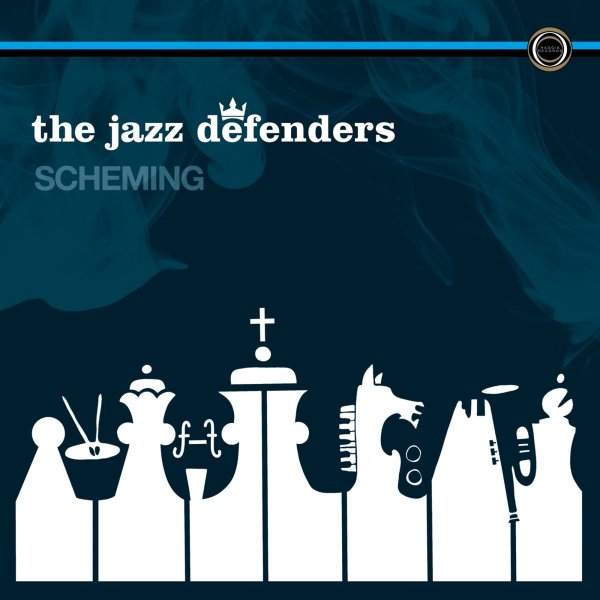 The first we've ever heard from the Jazz Defenders – but a record that makes it feel like the group has been together for years – as the songs explode with all sorts of fresh ideas and individual voices – all while the whole thing stays in strongly soulful, swinging territory! The tunes are all originals – and the group's led by keyboardist Greg Cooper, who plays organ, piano, and Wurlitzer – in a lineup that also features Nick Malcolm on trumpet and Nicholas Dover on saxes – players who clearly understand an older legacy of soulful jazz from the Prestige/Blue Note side of the spectrum, but who also don't just go for a slavish recreation of that style! Instead, there's lots of interesting rhythmic interplay at the bottom of the tunes, which seems to set the horns and piano in bright new directions – on titles that include "Late", "Hawkeye Jorge", "Costa Del Lol", "Scheming", "Brown Down", and "Top Down Tourism".  © 1996-2021, Dusty Groove, Inc.