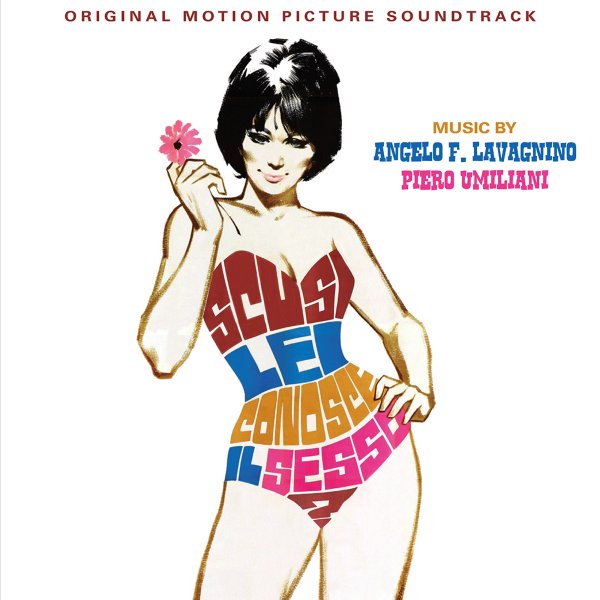 A really groovy soundtrack for a late 60s Italian film of the "mondo" variety – one whose title literally translates as "Excuse Me, Do You Like Sex?" The music comes from the sublime pairing of Piero Umiliani and Angelo Francesco Lavagnino – both well-traveled Italian film composers, who seem to each be pulling out the grooviest sides of their talents here – using bossa rhythms, jazzy instrumentation, playful melodies, and some occasional weird instrumentation – all in shifting ways that really match the changing settings of the film! Umiliani gives us some of his especially great organ lines – the kinds you'll recognize from better-known soundtracks of the period – and the CD features a whopping 23 tracks in all, almost all of them pretty darn groovy!  © 1996-2021, Dusty Groove, Inc.
(Limited edition of 300!)