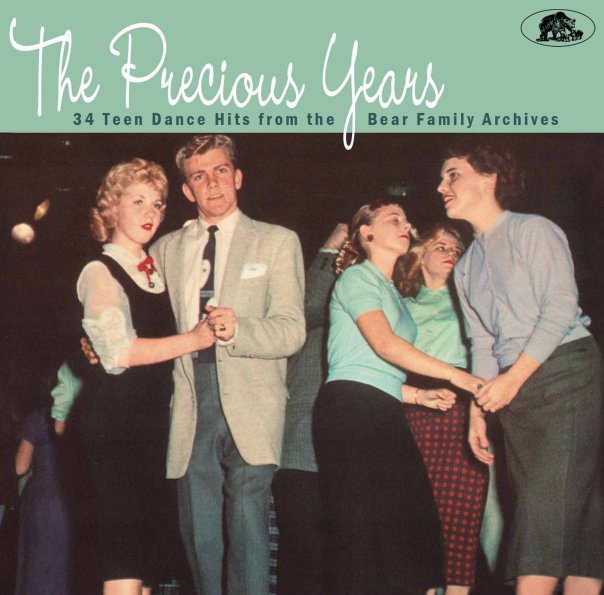 The kids on the cover might look pretty mainstream, but the sounds on the record are in the best tradition of rockabilly and hillbilly styles of the Bear Family label! The set's overflowing with romping little gems that work equally well far from a dancefloor filled with gals in skirts and guys in cardigans – raw rockers that sound wonderful after all these years, and which show that there's plenty to discover in the 50s and 60s scenes, way past the hits! You'll recognize a few of these names, but in the best Bear Family style, the tunes included are much more obscure – and laid out next to great work by lesser-known gems too – presented with wonderful sound, and very detailed notes. Titles include "I Really Really Love You" by JoAnn Campbell, "Man Like Wow" by Tommy Sands, "Let Me Be Your Hero" by Terry Noland, "Feel So Good" by Johnny Preston, "My Chick Is Fine" by Gus Backus, "While You're Dancing" by Marty Robbins, "If You Don't Want My Lovin" by Carl Dobkins, "You Want Love" by Clyde Stacy, "One Summer Night" by The Danleers, "Meet Mr Mud" by Bob Luman, "Lana" by Roy Orbison, "Modern Romance" by Sanford Clark, "Heaven's Plan" by Lefty Frizzell, and "Bad Boy" by Robin Luke.  © 1996-2021, Dusty Groove, Inc.