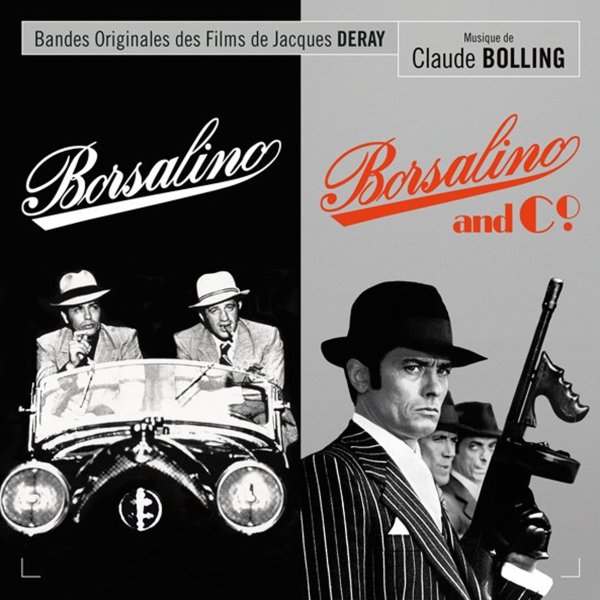 Some of the most famous 70s soundtrack work of French jazz musician Claude Bolling – served up here in a double-length CD that's overflowing with bonus material too! First up is the original score for Borsalino – a really lovely little soundtrack for the French film that starred Alain Delon and Jean-Paul Belmondo as gangsters in the roaring 20s – set to backings by pianist Claude Bolling that's balanced nicely between the styles of his trad jazz work on record, and some of the warmer thematic modes of the French soundtrack theme at the time! Bolling's piano is always very heavy in the mix – sometimes played with the rhythmic quality of a boogie woogie musician, sometimes more spaciously soundtracked – and augmented by just the right touches of strings. The record was a big Euro hit in the 70s, and still holds up well – and this version features 36 tracks from the film – far more than the original album! Borsalino & Co is the sequel – and features a score that takes off nicely from the first – still echoes of Bolling's piano on many tracks, but also fuller, more dramatic orchestrations at times – and maybe a wider range of jazz instrumentation too. CD features 15 tracks from Borsalino & Co – plus 6 more bonus tracks that include vocal songs by Michele Bach and Le Gang, a big band version of the theme, and a "Borsalino Medley" too.  © 1996-2021, Dusty Groove, Inc.
(Limited to 1000 copies.)