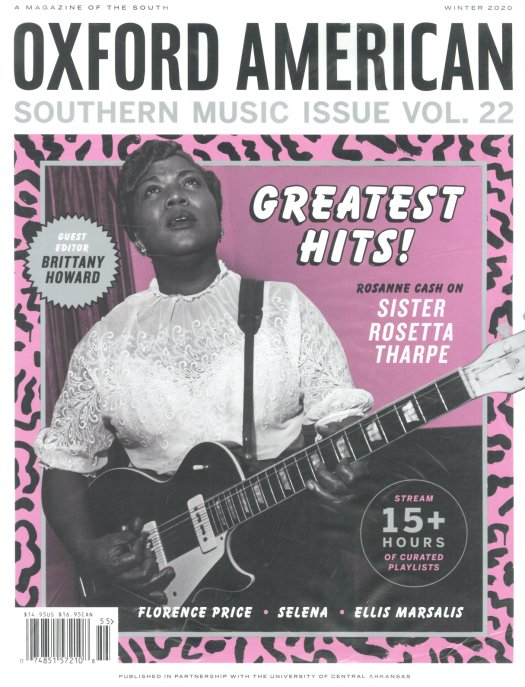 A special celebration of the long-running Southern Music issue of Oxford American – one that pulls together some of the best articles from the 20+ years of the special issue, adds in new articles on southern music icons – and comes with a bonus playlist that lets you stream 15+ hours of curated southern music classics! Most years, the Southern Music issue focuses on contributions from a single state – but this issue is a pan-southern panoply, edited by Brittany Howard – with new features that include Roseanne Cash on Sister Rosetta Tharpe, Harmony Holiday on Florence Price, Gwen Thompkins on Ellis Marsalis, Elizabeth Nelson on Charlie Daniels, David Ramsey on Brother Claude Ely, and Alice Randall on LaVern Baker! Vintage articles include Amanda Petrusich on Bessie Smith, Peter Guaralnick on Skip James, Tiana Clark on Nina Simone, Andria Lisle on Ann Peebles, Kiese Laymon on Outkast, and Sam Stephenson on Thelonious Monk. Plus, the many playlists include intros by Brittany Howard and other contributors – with special playlist codes for each one!  © 1996-2021, Dusty Groove, Inc.