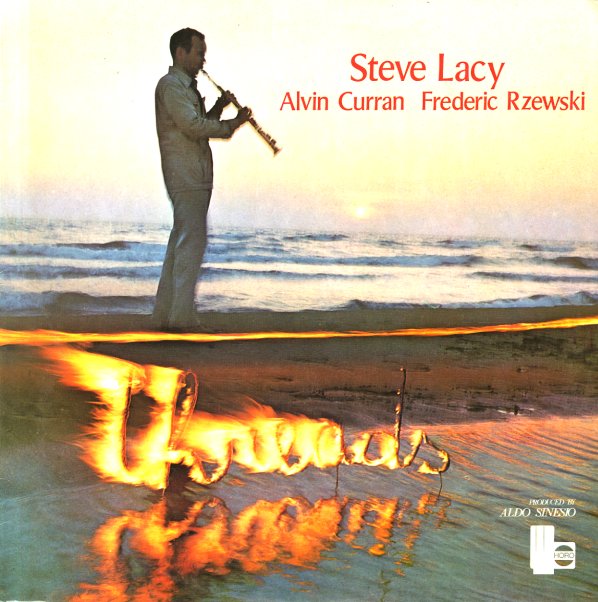 A real standout in the 70s catalog of reedman Steve Lacy – and that's saying a lot, given that he gave us so many fantastic records in the decade! The album's proof that the Horo Records label had a great knack for capturing key players in some different, but fantastic formations – and here, Lacy is blowing soprano sax alongside ex-MEV members Alvin Curran and Frederic Rzewski – in a unique quality that's very different than many of Lacy's other recordings of the 70s. Curran's got his usual mad edge – and plays synthesizer, percussion, and flugelhorn – while Rzewski contributes some nicely restrained dark lines on acoustic piano. Titles include "Skirts", "Threads", "Rabbit", and "Broils".  © 1996-2022, Dusty Groove, Inc.