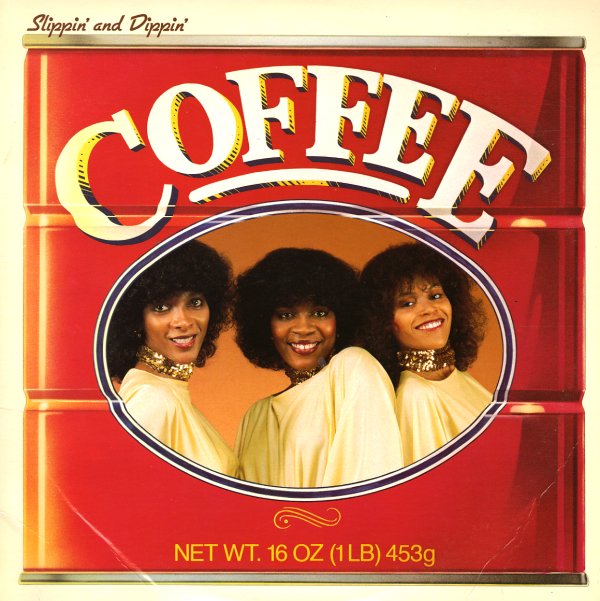 Two great albums from Coffee – back to back, and with a bonus track too! First up is Slippin & Dippin – work by a wonderful female soul trio from the Chicago scene of the 70s – and one we'd stand strongly next to the best gal groups from the Philly or New York scenes! In fact, Coffee were a bit unique in the city – which mostly had male groups getting the record contracts during the decade – and they're given strong soul focus here by Clarence Johnson, the indie soul producer who'd given the city so much other great music over the years! The album's definitely got a disco vibe, but these gals can sing a lot deeper than the usual club trio, too – vocals that are much more trained in an older school mode, ala The Emotions – and which come across nicely on some of the mellower cuts too. Titles include great reworkings of two earlier Chicago soul gems – the Lovelites' classic "How Can I Tell My Mom & Dad", redone as "Mom & Dad 1980", and a fresh new take on Ruby Andrews "Casanova". Other titles include "Slip & Dip", "A Promise", "I Wanna Be With You", and "Can You Get To This". Second Cup is the well-titled and much more obscure second album from Coffee – and a great one too! The girls actually have a pretty soulful sound, and with Tony Valor mixing and producing, the record's got a sound that mixes smooth soul with uptempo rhythms in a nice way. Titles include "My Turn To Burn", "Take Me Back", "Love's Alive", "If This World", and "Fantasy". CD features the bonus track "Say It's Good To You (orig 12 version)".  © 1996-2021, Dusty Groove, Inc.