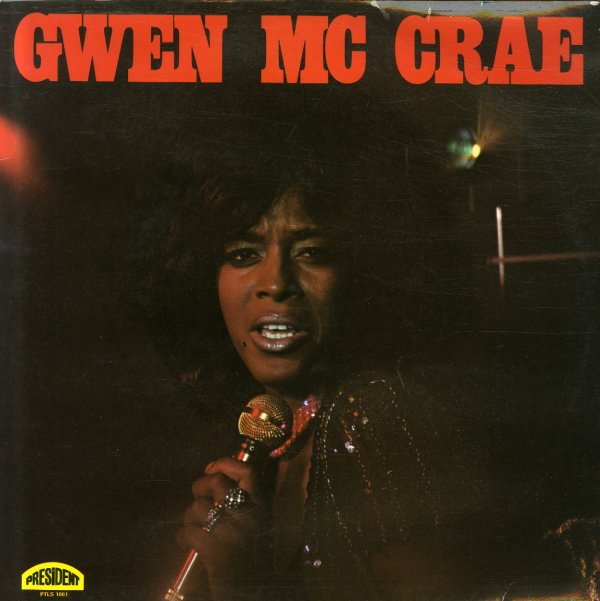 A landmark album from the Miami soul scene of the 70s – the record that put Gwen McCrae on the map, and showed to the world that the TK sound was about to dominate the charts! There's a really unique groove to the set – part older southern soul, part percolated electric modes – that funky groove that Little Beaver, Timmy Thomas, and some of Gwen's TK contemporaries had been cooking up at the time. Both Beaver and Thomas are working on the sessions – as are Willie Clark, Latimore, and George Perry – and even the backup vocals are hip – with help from George McCrae, Betty Wright, and KC of Sunshine Band fame. But throughout it all, Gwen's the real star – singing with an impeccable vocal approach that's full of soul, yet never overdone – heard to amazing effect on the classic track "90% Of Me" – and other gems that include "For Your Love", "He Keeps Something Groovy Going On", "It Keeps On Raining", "He Don't Ever Lose His Groove", "Move Me Baby", and "Let Them Talk".  © 1996-2021, Dusty Groove, Inc.