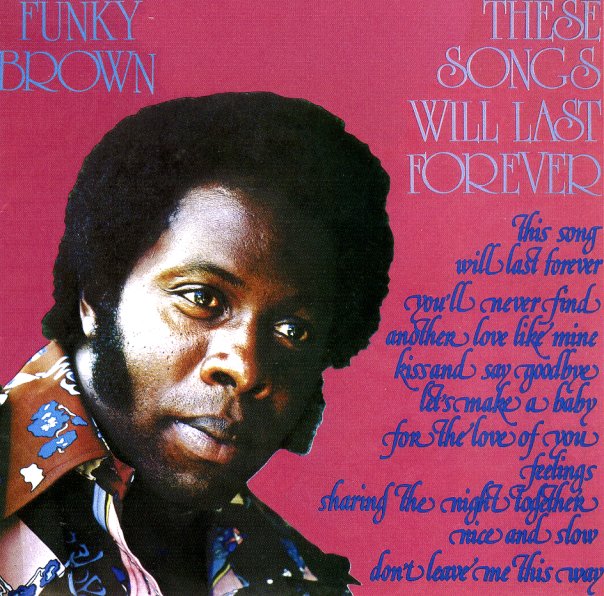 These Songs Will Last Forever

Sweet grooves from Funky Brown – an artist who's more soul-based than you'd guess from his name, and who works here in the hippest Miami modes of the mid 70s! The album's got this warm glow that's mighty nice – even smoother and more mature than some of the Timmy Thomas work of the time – with plenty of keyboards from Harold Butler alongside Brown's sweet vocals – in ways that mix together bits of Miami soul with currents from bigger 70s names on the Philly scene, and maybe even a bit of Barry White! Paul Khouri arranged and produced, and definitely has a way with a midtempo groove – and titles include "Nice & Slow", "You'll Never Find Another Love Like Mine", "Let's Make A Baby", "Sharing The Night Together", "For The Love Of You", and "Kiss & Say Goodbye".  © 1996-2021, Dusty Groove, Inc.