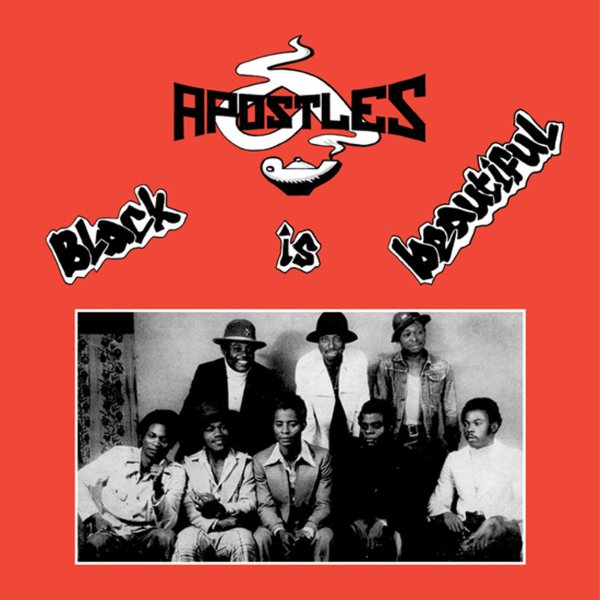 A tight little set from one of the grooviest groups on the Nigerian scene of the 70s – a combo who could play with a familiar mix of fuzz and funk, but also throw in some deeper soul touches on the vocals – in a way that makes the whole album a much richer set than work by some of their contemporaries! Some of the songs are heavy on message – both personal and political – and the rhythms have these complicated basslines that really keep things interesting, and which keep The Apostles from sounding too much like anyone else – almost a cross-cultural take on West African rhythms, on titles that include "I'm Sorry I Made You Cry", "Black Is Beautiful", "Don't Huzzle For Love", "Enyim", "Please Yourself", "Ndi Nkwa", and "Today Is The Tomorrow".  © 1996-2022, Dusty Groove, Inc.
(Limited to 500 copies!)