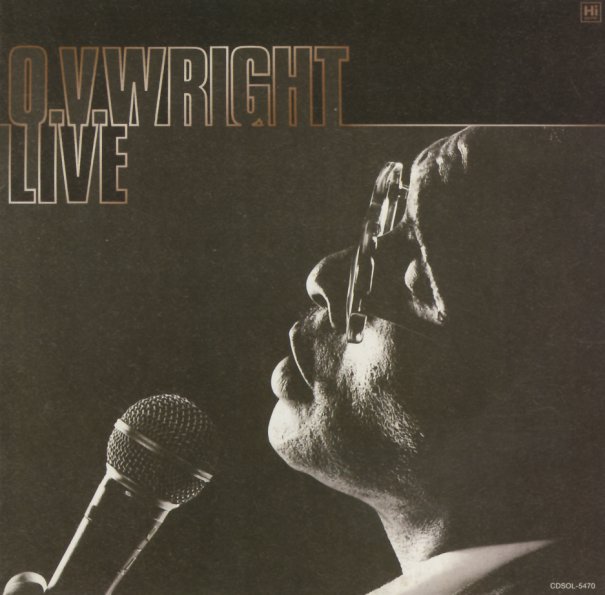 OV Wright at the end of the 70s – working live in front of a very enthusiastic Japanese crowd, and in a groove that's right up their with his best work from earlier in the decade! In fact, there's a rawness here that you won't always find on Wright's other records – great live backing from a cool combo of American players, really rich in Memphis soul elements – and served up with funky touches that really work wonders with OV's presentation of the music. So instead of being a throw-off record for the overseas market, the set's instead a key piece of Wright's catalog at the time – seminal work that really stands strongly next to his studio classics. Titles include "Precious Precious", "I'd Rather Be Blind Crippled & Crazy", "Love & Happiness", "Eight Men & Four Women", "Into Something", and a great long "Medley" track.  © 1996-2020, Dusty Groove, Inc.