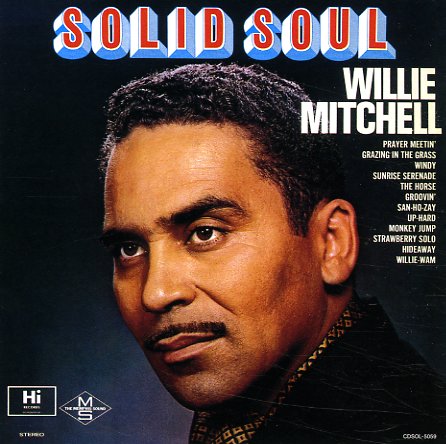 They definitely got the title right on this one – as the set's a solid batch of soulful instrumentals all the way through – one of our favorites from the great Willie Mitchell! Willie's got a lot more bite here than on some of his famous warmer productions in the 70s – a gritty Memphis soul instrumental style that's pretty close to the best of its kind over at Stax Records – complete with tight, punchy drums on the bottom – and a sweet mix of organ, tenor, guitar, and trumpet in the lead! Nothing's ever too forced, and there's a groove that's laidback, but right on the money – on titles that include "San Ho Zay", "Monkey Jump", "Strawberry Solo", "Hideaway", "Up Hard", "The Horse", and "Grazing In The Grass".  © 1996-2021, Dusty Groove, Inc.

I'm Still In Love With You
Hi Records/Fat Possum, 1972. New Copy
CD...$11.99 14.99
Warm wonderfulness from the great Al Green – a record that may have a pale-looking cover, but a set that's one of Green's most deeply soulful albums ever! There's a grace and a glow to the set right from the very first note – that really unique presentation and performance that makes ... CD