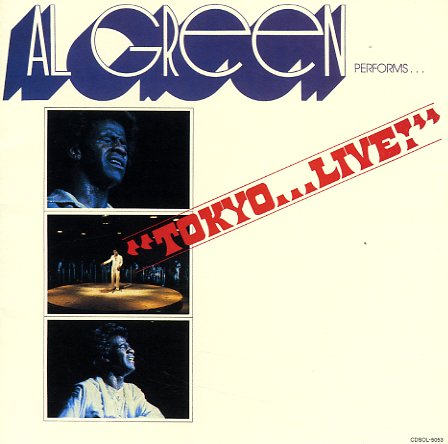 A tasty double-live set from Al Green – one that has him working through longer versions of tunes than you'd hear on his studio albums, and really doing great in front of an appreciative Japanese crowd! The overall approach here is a bit more modern than on some of his older Hi albums – as the band uses the extra space to make things a bit more uptempo and really push the groove – but Al's vocals still hold the whole set together nicely, especially on the numbers where he lets loose a bit more. Linda Jones is one of the backup singers on the set – and titles include "Belle", "Let's Get Married", "Love & Happiness", "I Feel Good", "Dream", "God Blessed Our Love", "You Ought To Be With Me", and "Tired Of Being Alone".  © 1996-2021, Dusty Groove, Inc.