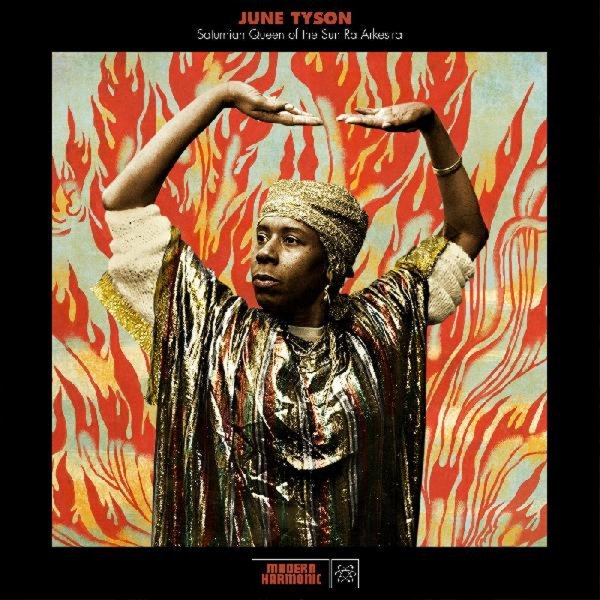 The voice of June Tyson was a key part of the sound of the Sun Ra Arkestra during the first few decades of its existence – but this is the first time the lady herself has ever gotten a record under her own name – a beautiful collection of Ra-backed, Tyson-fronted tunes that includes classics and a fair bit of unreleased titles too! The music is from deep in the catalog of Saturn Records – and showcases a singer who could have taken both the jazz vocal and soul music worlds by storm, had she not chosen to dedicate herself to the larger cultural mission of the Arkestra – a place that June Tyson called home for more than a decade or two – and where she gave the world sublimely soulful vocals like these. Titles include the unissued "Enlightenment", "They'll Come Back", "Lost Horizon", "Never Never Land", and "If You Are Not A Myth/Strange Worlds In My Mind" – plus "The Moors (complete version)", "Somebody Else's World", "Stardust From Tomorrow", "Astro Black", "Smile", "Tapestry From An Asteroid", "Satellites Are Spinning", "Outer Space Is A Pleasant Place", and "Walking On The Moon".  © 1996-2022, Dusty Groove, Inc.

Goodbye To Love (with bonus tracks)
Edison/Modern Harmonic, 1959. New Copy
CD...$15.99 16.99
Spare vocals and light guitar – an approach that's quite similar to the late 50s Liberty work of Julie London – and which features vocalist Claudio Thompson singing to great accompaniment from guitarist Barney Kessel! The style here is moody and mellow – not nearly as romantic as ... CD