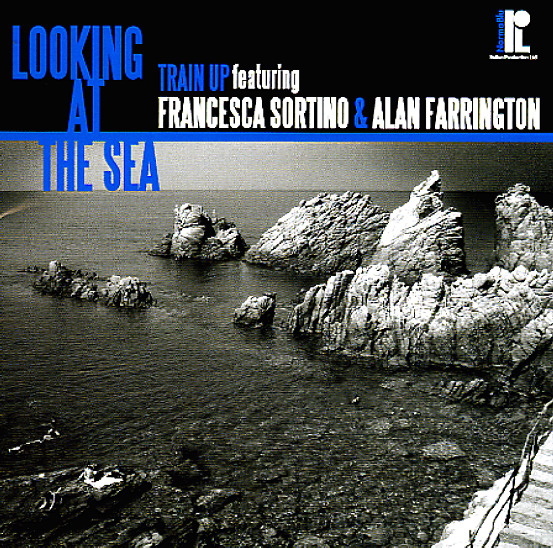 Looking At The Sea

An excellent set from the contemporary Italian scene – one that's steeped in older jazz and modal influences from the 60s and 70s! The album's a great Paolo Scotti production, with the same all-classic feel as his other work on DejaVu – kind of a return to the greatness of the Italian jazz sounds of the 60s, but handled here by a contemporary group with a really wonderful sound. Franco Piano plays trumpet on the date, and did the arrangements – and other instrumentation includes sax, flute, piano, bass, and drums – but the real charm here comes from the vocals, sung by Alan Farrington and Francesca Sortino – both singers who really know how to groove! Farrington's raspy vocals have shown up on some other DejaVu titles that we totally love – and Sortino's breezy style reminds us of some of our favorite European vocalists from the 60s. Titles include a killer take on "What Is Wrong With Groovin" – plus "Sambatime", "My Favorite Things", "Save Your Money", "Day What A Day", "Part Of The Game", and "In The Name Of Love".  © 1996-2021, Dusty Groove, Inc.

Afternoon At Birdland (X pressing)
RCA/X, 1954. Near Mint-
LP...$14.99 (CD...$14.99)
One of the best sessions cut by Kai and JJ during the 50's, and a good live session with a lot looser feel than some of their studio sessions – which tend to be a bit restrained. The rhythm section features Dick Katz, Al Harewood, and Peck Morrison – but the main solos are held by Kai ... LP, Vinyl record album

Complete Braxton 1971
Arista Freedom, 1971/1977. Near Mint- 2LP Gatefold
LP...$19.99
Nice set that features all of the London recordings that Braxton made in February of 1971. The set's got him playing in the context of his old bandmates in Circle – Chick Corea, Dave Holland, and Barry Altschul – along with guest appearances by Kenny Wheeler and The London Tuba ... LP, Vinyl record album

Transfiguration Of Hiram Brown
Columbia, Early 60s. Near Mint-
LP...$19.99
One of Mose's most sophisticated album, and one that has him going way past his usual "folksy jazzy" style, into a realm that touches on Monk-like modernism. The whole first side is Allison's extended "Hiram Brown" suite, which mixes vocal and instrumental passages in an ... LP, Vinyl record album