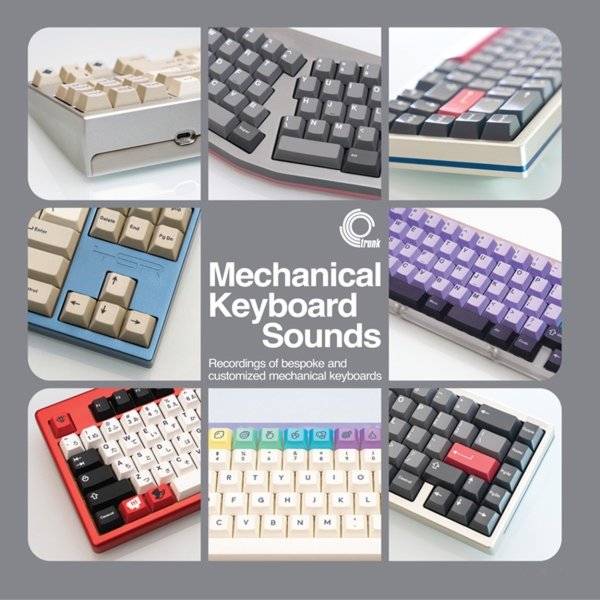 One of the strangest keyboard records you'll ever hope to own – as this unusual little album features not the musical tones of the keyboards, or the results of computer-programmed music – but instead just features the sound of the keys themselves! That is, each different track features the sounds of keys of a certain computer or keyboard in action – often with surprising intensity, as the recordings are part of an unusual underground of keyboard fanatics, with a love of the machine that takes us back to a time when we can remember typing pools in a corporate office, or a 100 word a minute assistant typing at blinding speed while listening to dictation on a set of headphones. The album's certainly one of the most unusual Trunk Records have ever issued – although then again, they've given us plenty of unusual records over the years – and once you get into the sound, the motion of the keystrokes has its own sort of magic, and can feel as if you're hearing some strange mix of organic percussion and future expression. Each track is titled after a specific keyboard – and selections include "Apple M0116", "Makanisk Fjell", "HHKB Pro 2", "IBM 5140", and "Keycult No 1/65".  © 1996-2021, Dusty Groove, Inc.