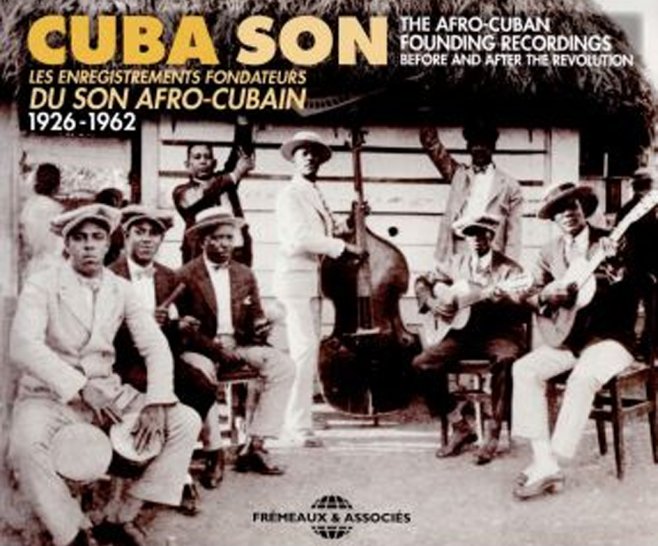 A wonderful overview of the Cuban musical style of son – the core Afro-Cuban blend that influenced generations of American Latin music in the 50s, 60s, and 70s – and which also laid the groundwork for salsa too! This package stretches back to the roots of the style on record in a really wonderful way – beginning with a full disc of acetates and aluminum recordings from the pre-war years, which may well be the rarest of the bunch – then moving forward for a full CD of pre-Castro work in the 50s, and a follow-up disc from the first few years of Revolution – when the music was still going strong! Given the scope of recordings, it's a bit hard to put our finger on one approach here – but we can definitely say that you'll discover the roots of many more contemporary Latin modes – as you dig into this set of 72 tracks, with work by artists who include Sexteto Bolana, Septeto Habanero, Conjunto Casino, Celia Cruz, Sexteto Tipico Habanero, Ignacio Pineiro, Conjunto Chapottin, Nelson Pinedo, Trio Matamoros, Abelardo Barroso, Beny More, Cachao, Cheo Marquetti, Los Compadres, Miguelito Cuni, and many others.  © 1996-2021, Dusty Groove, Inc.