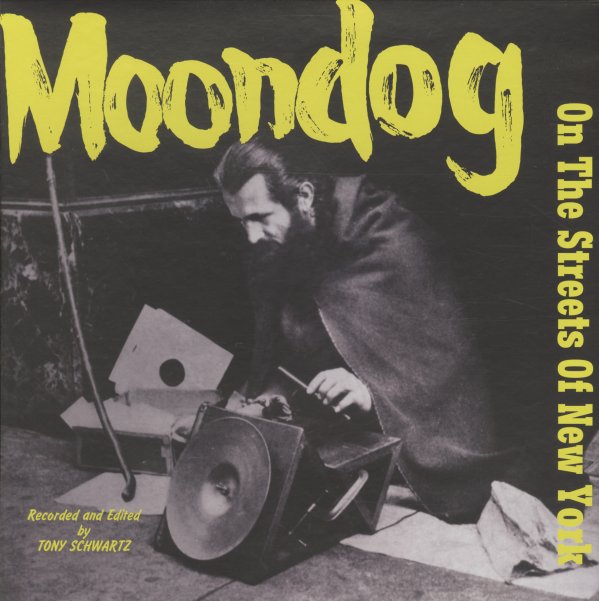 Moondog On The Streets Of New York (with bonus tracks)

A stunning set of early work from the legendary Moondog – recorded on the streets of New York, but with a complexity and sophistication that may well beat his famous early albums on Prestige! The sounds here are amazing – the work of a composer who's stripped everything down to the core, and who finds these organic ways for percussion to interact with woodwinds and strings – all at a level that has a surprising richness in its simplicity – a mode that not only made Moondog an important outsider artist of his generation, but also a huge influence on minimalism, modern jazz, and even the worlds of exotica and other instrumental styles! This 12" LP expands the original 45rpm single with a lot more material from the collection of recordist Tony Schwartz – and titles include "Fog On The Hudson", "Moondog Nocturne Suite", "Why Spend The Dark Night With You", "On & Off The Beat", "From One To Nine", "Untitled Percussion Solo 1", "Untitled Percussion Solo In Traffic 2", "Untitled Chant 4", "Utsu", "Lullaby", and "Avenue Of The Americas".  © 1996-2021, Dusty Groove, Inc.
(Includes a very cool booklet of notes!)