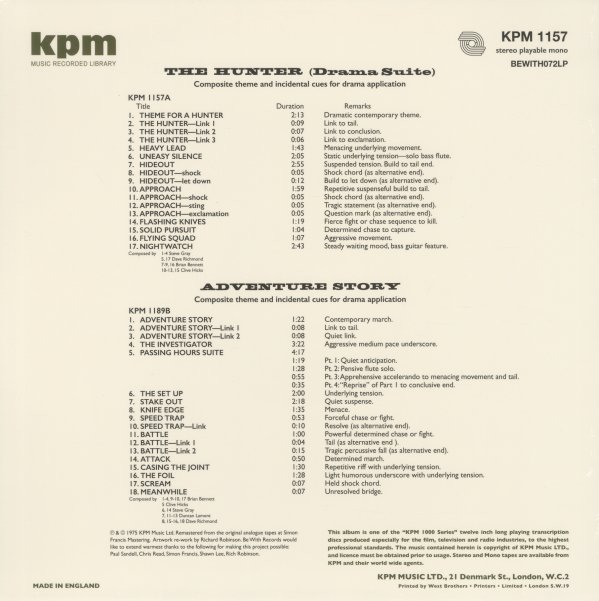 A really great split album of moods from the legendary KPM Sound Library – two different sides, each with a slightly different vibe! Side one is The Hunter – which features a mix of funky action tunes and moodier, tense moments – almost acting like a mini-narrative in sound, with contributions from Steve Gray, Brian Bennett, Clive Hicks, and Dave Richmond – on titles that include "Approach", "Hideout", "The Hunter", "Theme For A Hunter", "Flashing Knives", and "Flying Squad". Side two is Adventure Story – another narrative mix of modes, but with a different flavor, and an especially nice focus on keyboards and woodwinds – used in slinky styles that echo some of the Italian action modes of the period. There's contributions from all the four artists on side one, plus Duncan Lamont – and titles include "Speed Trap", "Knife Edge", "Battle", "Casing The Joint", "The Foil", and "The Investigator".  © 1996-2021, Dusty Groove, Inc.