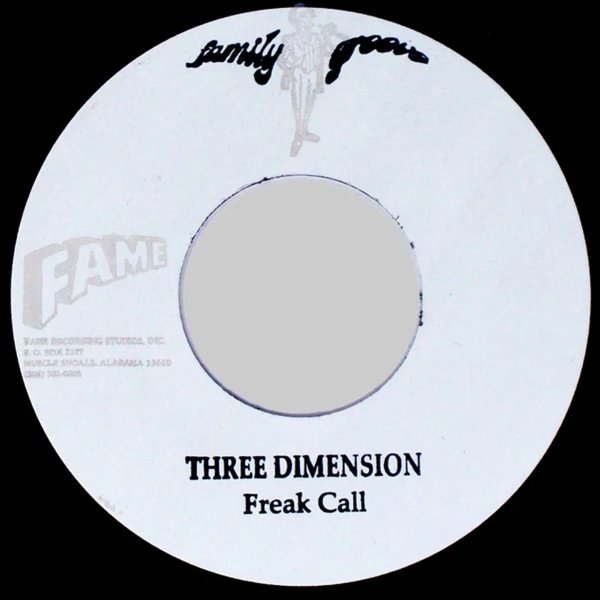 Late, but great work from the Muscle Shoals scene – two rare tracks that were never issued after being cut at the studio in 1983 – issued here for the first time ever! "Freak Call" is a bass-heavy bit of early 80s funk – as you might guess from the "freak" in the title – but it's also got the benefit of tight horns over the top, in the best Muscle Shoals style! "I Want You Back" is a sweet stepper with nicely tripping guitar – a midtempo groove that features no vocals at all, but which has some nice washes of keyboards behind the guitar and the sax solo that comes in near the end.  © 1996-2020, Dusty Groove, Inc.
(Limited to 300 copies. Hand-Stamped white label on black vinyl.)