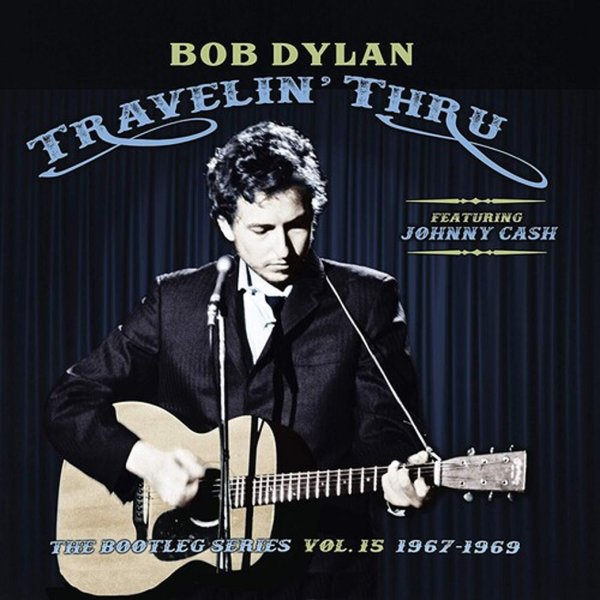 Rare and unheard material from Dylan's career redefining Nashville era – his post Blonde On Blonde Nashville era to be more specific – when he recorded the poetic story song masterpiece John Wesley Harding, the charming country folk classic Nashville Skyline, sessions that would end up on Self Portrait, and lots more with Johnny Cash than we'd ever thought would see light of day! Travelin' Thru has more interesting alternate versions and outtakes from John Wesley Harding and Nashville Skyline than we'd expect given how focused the former and how easygoing the latter are, but what's most revelatory here are the many recordings of Dylan and Cash together – from the Nashville Skyline sessions and for Johnny's Nashville-based television show at the time. Includes tracks with Carl Perkins on guitar and the great Earl Scruggs on banjo, too – with alternate versions John Wesley Harding material including "I Pity The Poor Immigrant", "All Along The Watchtower" and "I Am A Lonesome Hobo" and more, alternate Nashville Skyline takes such as "Country Pie", "Lay Lady Lay", "To Be Alone With You" and more, "I Still Miss Someone", "Ring Of Fire", "Girl From North Country", "Wanted Man" and lots more with Cash, surprisingly great folk & roots focused Self Portrait sessions including "East Virginia Blues" with Scruggs, and tons more. 50 tracks on 3LPs – most previously unreleased!  © 1996-2022, Dusty Groove, Inc.