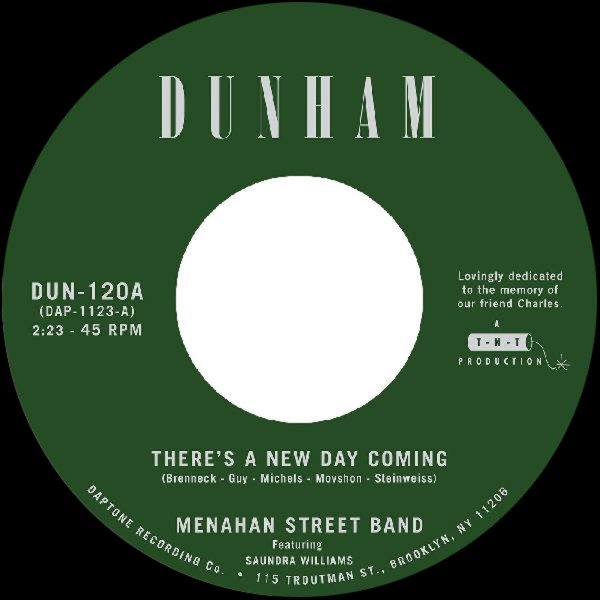 Sweet, slow rolling funky soul on one side and more uptempo groove on the other! "There's A Day Coming" was originally recorded to back the late great Charles Bradley, and it's got the right kind of tender guitar groove and gritty underbelly for that job, but it's nicely done by the band here on their own, especially after the organ kicks in. "Tommy Don't" has a more of uptempo old school R&B sound, with more horns in the mix.  © 1996-2021, Dusty Groove, Inc.