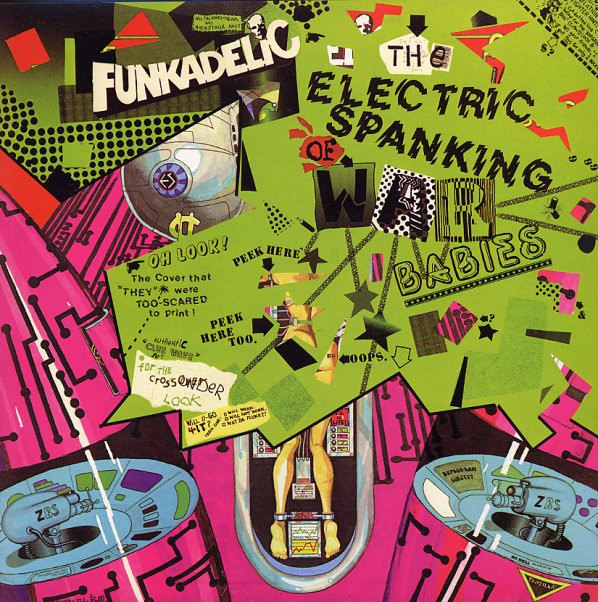 A surprisingly wonderful record! Back in the day, we remember that we didn't like these later P-Funk albums because they weren't as druggy, trippy, or guitar heavy as the early stuff. Now, though, they sound pretty darn sweet to our ears – especially this one, which has lots of cool pre-electro grooves with sweet keyboards, vocoder vocals, and spacey basslines that blow out in deep rich waves of funky soul. The whole thing's an amazing evolution of the George Clinton groove – and titles include "Electric Spanking Of War Babies", "Funk Gets Stronger", "Shockwaves", "Icka-prick", "Brettino's Bounce", and a bonus instrumental version of "Electric Spanking Of War Babies". Nice Pedro Bell cover, too!  © 1996-2020, Dusty Groove, Inc.
(Still sealed.)

Hardcore Jollies (deluxe CD mediabook edition)
Priority/Charly (UK), 1976. Used
CD...$9.99
One of the sweetest Funkadelic albums from the middle period, and a good batch of tracks that often gets overlooked in the haze of similar Pedro Bell covers! Don't miss this one, though – because it is a very strong album – key in the shift from more guitar-based funk to more groove-ori ... CD