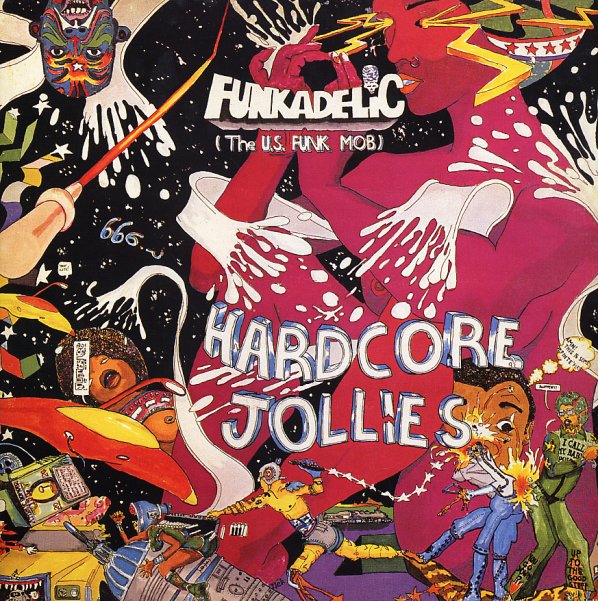 One of the sweetest Funkadelic albums from the middle period, and a good batch of tracks that often gets overlooked in the haze of similar Pedro Bell covers! Don't miss this one, though – because it is a very strong album – key in the shift from more guitar-based funk to more groove-oriented rhythms – and a record that's got more than a few tasty numbers. Includes nice ones like "You Scared The Lovin Outta Me", "Comin Round The Mountain", and "If You Got Funk, You Got Style", plus a live version of "Cosmic Slop" that's totally great!  © 1996-2020, Dusty Groove, Inc.
(Out of print and still sealed.)