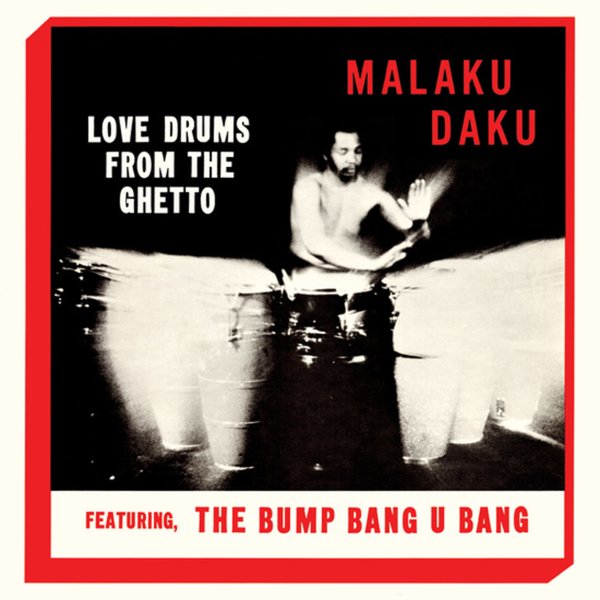 An album that's every bit as great as you'd guess from the cover and the title – a hip set recorded on the Philly scene of the 70s, and this wonderful blend of jazz, soul, and plenty of percussion! Malaku Thompson plays the drums, but there's also plenty of other percussion on the record – mixed with guitar, bass, and voices – all at a level that's sometimes raw and rootsy, sometimes more warmly soulful – with a righteous energy that holds up all the way through! We'd rank this one in a rare breed of unusual projects – maybe like the Har-You Percussion record, or work by The Pharoahs or Artistic Heritage Ensemble from Chicago – and the music takes cultural currents from Africa and the Caribbean, and weaves them into hipper modes from the Philly 70s scene. Titles include "Bump Bang U Bang", "Pygmy Happening", "Gettin Down In The Hut", "My Land My Woman", "Shango", "Village Life In The Ghetto", and "Ife Bobowa".  © 1996-2022, Dusty Groove, Inc.
(Limited edition of 500!)