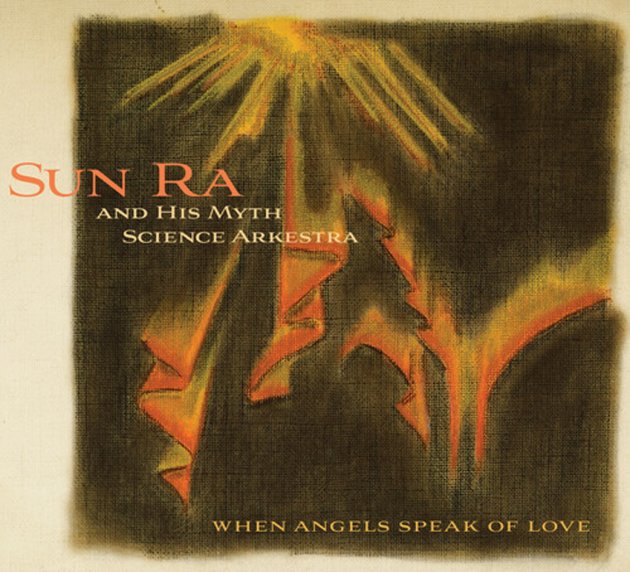 When Angels Speak Of Love (with bonus tracks)

A wonderful session recorded in New York in 1963 – and featuring the band at its progressive best! The album has many dark overtones, and features a core group that includes Marshall Allen, Danny Davis, John Gilmore, and Pat Patrick – playing their usual horns, plus percussion, amidst reverb by Thomas "Bugs" Hunter and performances by Ra on gong, pianoforte, and clavioline. The whole set has an open-ended "loft jazz" kind of feel – typical for the mid 70s New York avant scene, but groundbreaking at the time of this recording. Titles include "Celestial Fantasy", "The Idea Of It All", "Next Stop Mars", and "Ecstasy Of Being". Plus, this CD version has some great bonus tracks – a never-issued stereo take of "Celestial Fantasy" – plus "When Angels Speak Of Love (stereo)", and the twelve minute "Next Stop Mars (stereo edit)".  © 1996-2022, Dusty Groove, Inc.