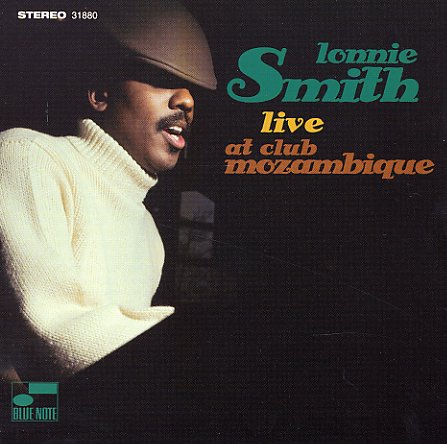 A lost jazz-funk gem – originally recorded at Club Mozambique in Detroit in 1970, but not issued by Blue Note until the mid 90s! The set's right up there with Lonnie's classic Move Your Hand live set – as the tracks are long, free, and very funky, performed by a hip group that includes Joe Dukes on drums, Dave Hubbard on tenor, Ronnie Cuber on baritone, and George Benson on guitar. Lonnie's organ is harder than you'll ever hear it in later years – and tracks include "Scream", "Expressions", "I Can't Stand It", "Peace Of Mind", "Love Bowl", and "Play It Back".  © 1996-2021, Dusty Groove, Inc.