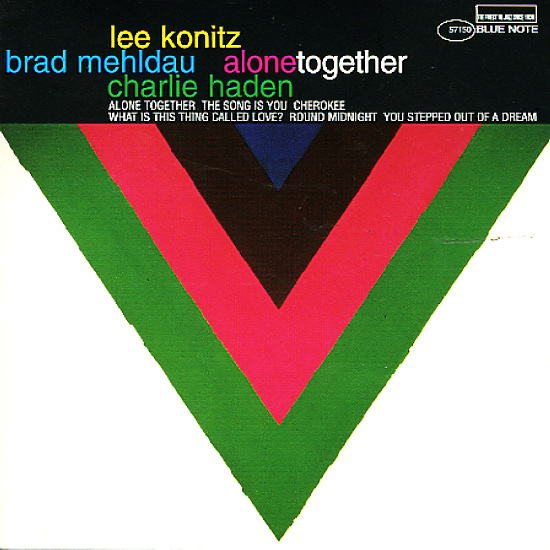 A brilliant later set from Lee Konitz – recorded for Blue Note, after many years of Lee's mighty talents being ignored by US labels! Konitz first rose up as a modernist in the postwar years, recorded important records for Atlantic, Verve, Prestige, and other labels – then mostly gave his gifts to the overseas market during the 70s, and especially the 80s. Yet during that time, he grew tremendously as a player – something that's almost hard to imagine given the genius of his youth – and received this excellent showcase courtesy of bassist Charlie Haden, who co-produced with Lee, and plays in the trio alongside pianist Brad Mehldau. The format is open and fluid – never too free, but with that exploratory vibe that Konitz and the rest of the Tristano school opened up in the 50s. Titles include nice long takes on "Alone Together", "The Song Is You", "You Stepped Out Of A Dream", "What Is This Thing Called Love", and "Round Midnight".  © 1996-2022, Dusty Groove, Inc.