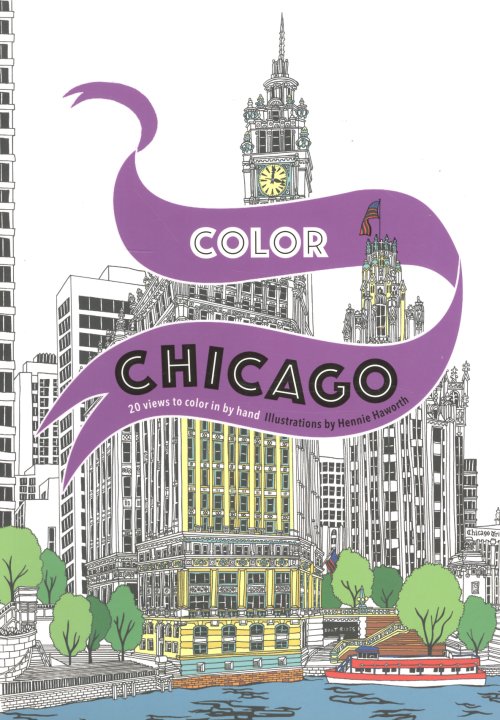 Color Chicago – 20 Views To Color In By Hand

A Chicago coloring book, but one that's maybe not great for kids – because the cityscapes within are full of important examples of Chicago architecture – usually somewhat complex, which means that they're not to be colored by the weak of hand! The book features images from Wrigley Field, The 606, Shedd Aquarium, Robie House, Millennium Park, and other famous Chicago spots – and the black and white book features 20 full pages – each waiting for your special touch of color!  © 1996-2021, Dusty Groove, Inc.
(The spine has a small remainder mark.)