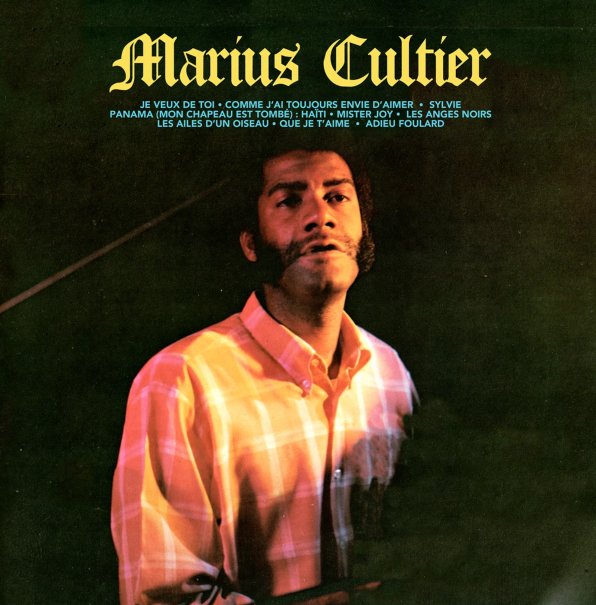 Vintage work from Marius Cultier – a singer with roots in the Antilles, but who found a very welcome audience in the French Canadian scene – where he recorded this great little groover at the start of the 70s! Marius has this rich vocal style that's often best set up next to rhythms that move quickly with some inspiration from his roots, but which also borrow bits of modern jazz and soul too – the latter especially on the album's few instrumental moments, which seem to have Marius soloing on piano and organ! Yet it's his voice that's the real treat – slightly raspy, and with a compelling approach to the French language lyrics of the tunes – on titles that include "Adieu Foulard", "Mister Joy", "Panama/Haiti", "Sylvie", "Je Veux De Toi", "Les Ailes D'Un Oiseau", and "Les Anges Noirs".  © 1996-2021, Dusty Groove, Inc.
(Individually numbered limited edition of 500!)