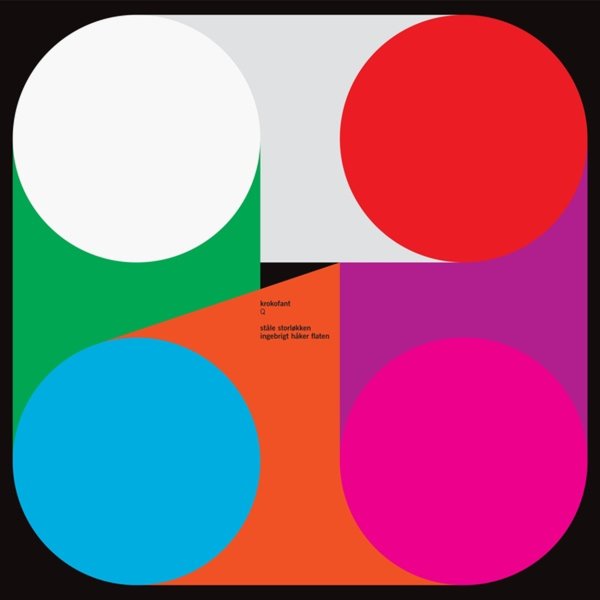 A modern bit of progressive avant jazz from Krokofant – a trio who take us back to some of the European power combos of the 70s, particularly those that could blend together electric styles and outside sounds in the Eastern Bloc scene! The core lineup features tremendous drums from Axel Skalstad, who also plays a bit of vibe – plus guitars from Tom Hasslan and saxes from Jorgen Mathisen – all used in a forward-thinking style that crests beautifully from the united energy of the trio! This time around, they've also got key help from Ingebrigt Haker Flaten on bass and Stale Storlokken on keyboards – both players who help churn up the sound even more! The keyboards have a way of locating the guitar and saxophones nicely – and we're not sure we've ever heard Ingebrigt's bass in just such a setting, but it really rises to the occasion. The album features one long piece – divided up into four parts.  © 1996-2021, Dusty Groove, Inc.
(Includes bonus CD!)