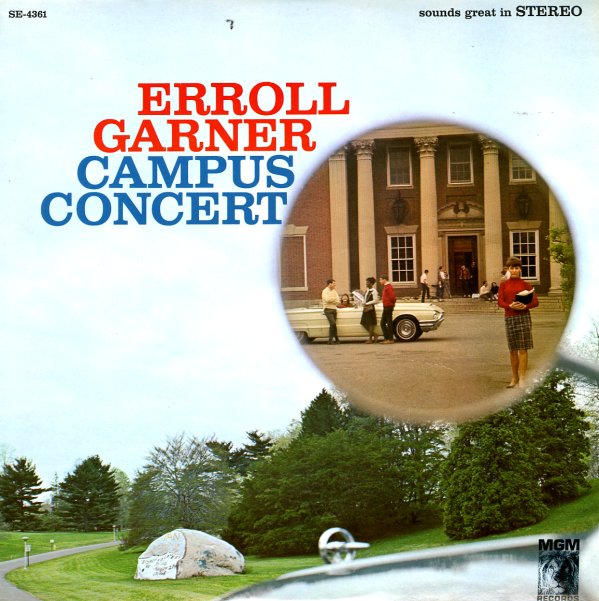 An unusual 60s album that tries to link piano legend Erroll Garner to the crowds on the college campuses of the time – but with a vibe that's very different than most of the modern jazz sets that were usually issued in a similar format! This set was recorded mostly at Purdue University, and has Garner playing in a mode that's completely classic, and completely on fire – romping through tunes with this amazing deftness, alongside help from bassist Eddie Calhoun and drummer Kelly Martin. As with most Garner albums of this time, the pianist could almost be solo – as Erroll's strength and vitality on the keys is amazing – and the piano sound really seems to lead the bass and drums – not the other way around. Titles include "Mambo Erroll", "Stardust", "These Foolish Things", "My Funny Valentine", "La Petite Mambo", and "In The Still Of The Night".  © 1996-2021, Dusty Groove, Inc.