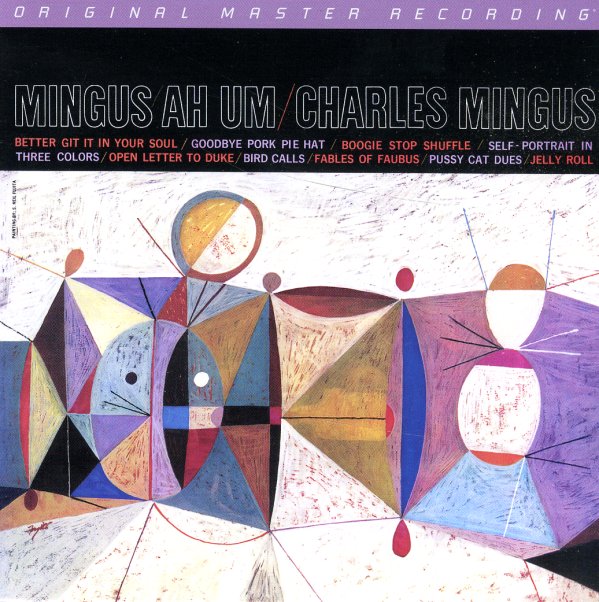 One of Charles Mingus' true classics – and an essential album in any jazz collection! This 1959 gem was recorded by Mingus at a key point in his career – when he was rising from the jazz underground into the ranks of America's elite jazzmen, penning some of the most challenging work of his career, and working with incredible younger players that interpreted his work with a great deal of fire! The tracks are a bit more tightly arranged than work on some of Mingus' previous work for labels like Atlantic and Bethlehem, but that also gives them a razor-sharp emotional edge that's carried off perfectly by players who include John Handy and Shafi Hadi on alto saxes, Booker Ervin on tenor, Willie Dennis and Jimmy Knepper on trombones, Horace Parlan on piano, and Dannie Richmond on drums. The album is filled with key Mingus classics – like "Better Git It In Your Soul", "Boogie Stop Shuffle", "Goodbye Pork Pie Hat", and "Fables of Faubus" – plus "Self Portrait In Three Colors", "Open Letter To Duke", and "Bird Call".  © 1996-2021, Dusty Groove, Inc.
(Limited, numbered edition. Hybrid SACD pressing.)