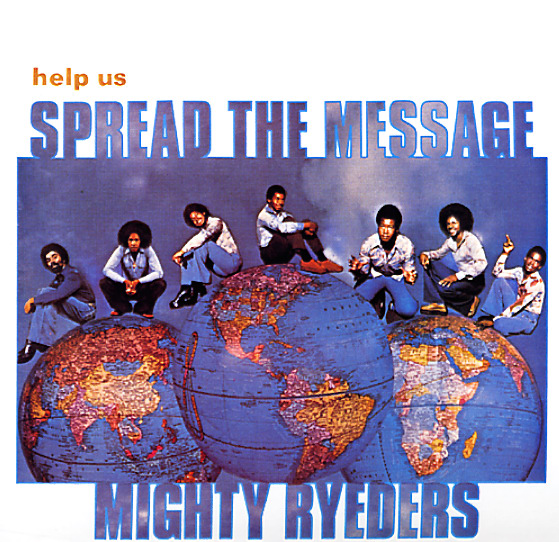 Help Us Spread The Message

A funky treasure from the 70s – a record that hardly made waves at the time, but which has lived on strongly for years – thanks to a great sample history and key interest from generations of groove diggers! Mighty Ryeders have a sound that's clearly influenced by Earth Wind & Fire – funk with a good dose of jazz, often done with some righteous undercurrents in the lyrics – but their groove is also a bit more rough-edged too, sharing some funky 45-levels of excitement, and showing a great ear for sharply jazzy changes! This last aspect has really helped the group's sound stay fresh over the years – and the album's a treasure trove of killer cuts – from the famous "Evil Vibrations", right on down through other gems like "The Mighty Ryeders", "Let There Be Peace", "Lovely", "Help Us Spread The Message", "Fly Away With Me", "Sar Children", and "I've Really Got The Feeling".  © 1996-2022, Dusty Groove, Inc.