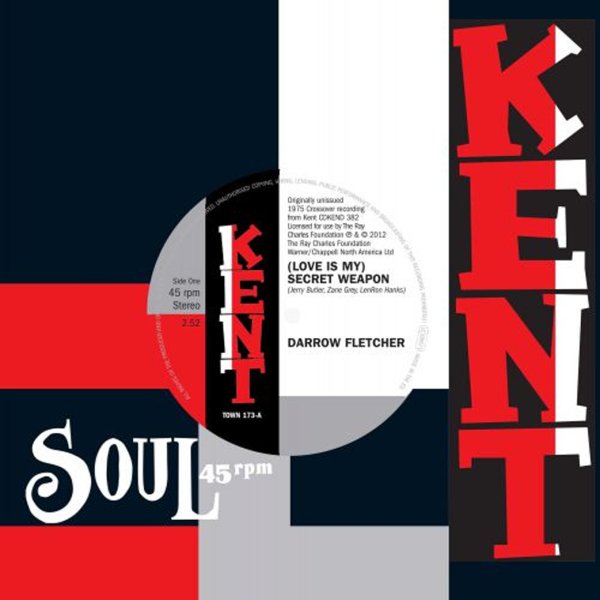 Love Is My Secret Weapon/It's No Mistake

One of our favorite tracks ever from the great Darrow Fletcher – a tune that builds up with this midtempo groove that's warm and wonderful, and which really seems to bring out the same quality in Darrow's vocals too – all with a vibe that almost feels like Leroy Hutson at his best! "It's No Mistake" is excellent as well – warmer strings gliding up alongside the gentle groove, while Darrow's vocals crest gently with the care of a young Donny Hathaway!  © 1996-2020, Dusty Groove, Inc.