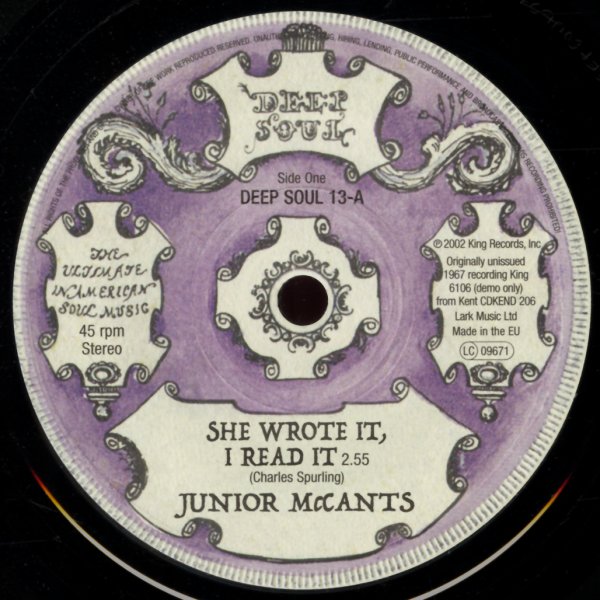 Super-rare soul from Junior McCants – a great singer who died at a tragically young age – which made King Records pull the single before it was ever released! "She Wrote It" is slow and sad – almost a deep soul tune, but with Junior singing in a style that's almost like east coast sweet soul! The flipside by Johnny Soul is very well-matched – the slow-burning "Fall In These Arms Of Mine" – a track with a deep soul vibe that matches the best late 60s work from James Carr and Otis Redding!  © 1996-2021, Dusty Groove, Inc.