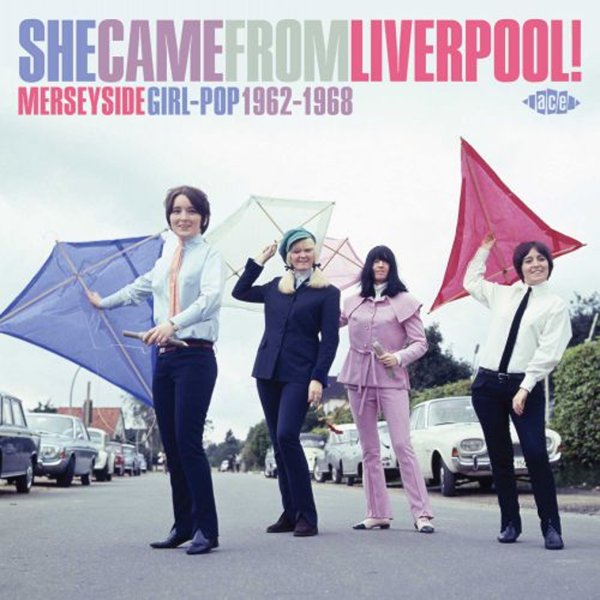 Liverpool is best known as the home of The Beatles – but back in the 60s, the city was overflowing with tremendous musical talent – including a wealth of female groups and singers who added a heck of a lot to the British scene in the decade! This collection digs very deep into that great well of sound – and pulls together key cuts by a few bigger names, plus lots more work by artists we never would have discovered otherwise – female singers who recorded rare singles for the British major labels, then never graced the charts again – yet left us all the wonderful little gems that make up this package! The set list is wonderful – almost an all-girl answer to the male-dominated sounds of the British Invasion – and the whole thing has the usual wonderful Ace Records notes that detail all the great songs within. 25 titles in all – with tracks that include "That Boy Of Mine" by The Breakaways, "Someone To Love" by Three Bells, "Long Tall Shorty" by The Liverbirds, "Everybody Loves A Lover" by Beryl Marsden, "Baby Don't Look Down" by Tiffany With The Thoughts, "I Want You" by Jeannie & The Big Guys, "A Shot Of Rhythm & Blues" by Cilla Black, "Come See Me" by Sandy Edmonds, "Just Being Your Baby Turns Me On" by Cindy Cole, "Dumb Head" by The Sharades, "I Don't Want To Be The One" by Samantha Jones, "Am I Dreaming" by Tiffany, "Till He Tells Me" by Jacki Martin, and "I Don't Understand" by Nola York.  © 1996-2022, Dusty Groove, Inc.