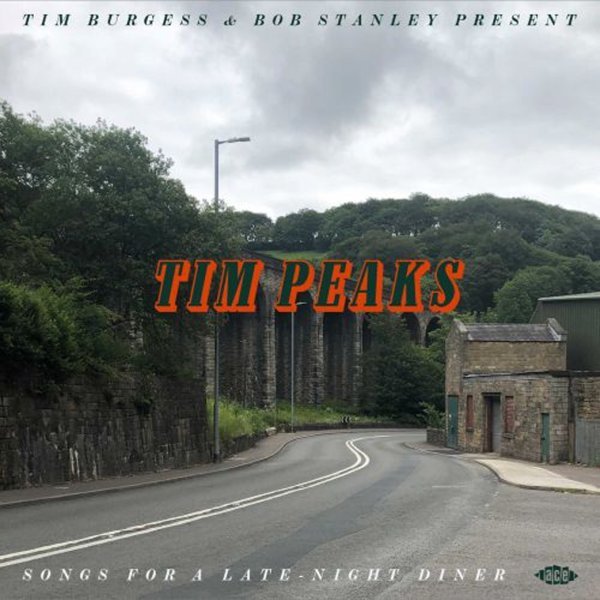 That's Tim Peaks, not Twin Peaks – although the cover image might make you think otherwise – and the set's a great entry into the long-running set of imagined "diner" jukeboxes from the team of Tim Burgess and Bob Stanley! Like other Ace compilations from the St Etienne team, this one has a completely unique sort of vibe – not as much the mix of older soul, rock, and vocal gems of the previous entries – and instead this beautifully moody mix of British music from the post-punk years and beyond – tunes that often move slowly, darkly, and with this stripped-down style that really creates a mood that's all its own! This is definitely one of those "must be heard to be appreciated" collections – and, like other Burgess/Stanley efforts, it's a great reminder of the sort of special mix of music that keeps the compilation format so strong in our hearts (and on our turntables!) Titles include "Choci Loni" by Young Marble Giants, "Yanks" by The Gist, "Sky Buriel" by Dean McPhee, "Sheila She Beats In My Heart" by The Fates, "Slow Motion" by Jane Weaver, "Betty's Lament" by Isan, "Hunros" by Gwenno, "House With A Hundred Rooms" by The Chills, "Lips That Would Kiss" by Durutti Column, "I Love You" by Royal Family & The Poor, "Dog" by El Perro Del Mar, "Blue Dress" by Birdie, "Flowers" by Galaxie 500, "Different Now" by Chastity Belt, "Fuel" by Echo & The Bunnymen, and "Fairy Tales (demo)" by Stockholm Monsters.  © 1996-2021, Dusty Groove, Inc.