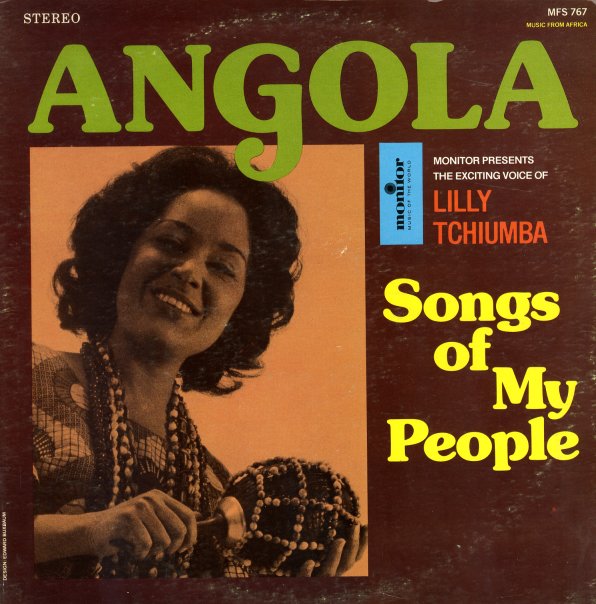 A really unique little record – an album of original songs based on older tradition, and one that interweaves elements of Portuguese culture with deeper roots of Angolan music! Lilly Tchiumba penned all the tracks herself, and sings in the Angolan language of Kimbundu – but there's a mix of percussion, guitar, and soaring vocals that echoes strongly with rootsier Brazilian, Cuban, and Haitian styles too – maybe in part because the Monitor label did such a wonderful job of recording the songs, and giving them this righteous, powerful vibe that still holds up strongly over the years! And by all of that, we almost mean that there's this sort of trans-global power to the whole record – one that moves beyond just a regional expression of culture, and past any sort of basic ethnographic mode – a lot like the Songs Of Protest album by Zelia Barbosa, also on the Monitor label. Titles include "Manazinha", "Gilagi Bu Kanga", "N'Zambi", "Mona Ki N'Gui Xissa", "Luanda M'Bolo", and "Kubata Di Rosinha".  © 1996-2021, Dusty Groove, Inc.
(Special limited CD – pressed up for us by the Smithsonian Folkways label. Comes with original cover artwork, and the CD also features a PDF file with the original liner notes and other materials from the original record release.)