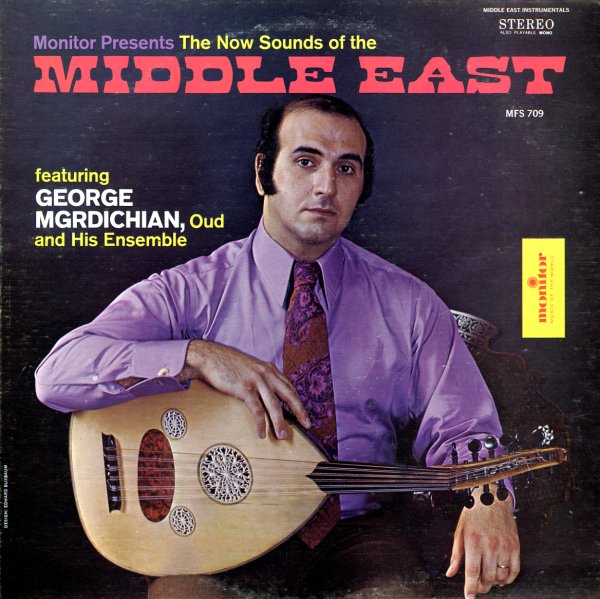 Now Sounds Of The Middle East

A really cool combo album of music on the lute-like oud – and one that almost seems to echo the way that bassist Ahmed Abdul Malik took the instrument into more jazz-based territory at the start of the 60s! George Mgrdichian plays in a style that's maybe more traditional overall, but with a small group that features guitar, bass, and drums – so that the tunes spin out in this really cool way that links the older North African traditions of the instrument with some of the 60s modes that you might guess from the title! The set's a lot less pop than other records of its nature – and maybe even more so than some of George's other albums too – and although most tunes are traditional Turkish, Greek, or Armenian numbers, the set also features one nice Beatles cover too – a tight take on "Yesterday", and a version of "Take 5". Other titles include "Sultan Yega", "Israeli Medley", "Caderemen Ustune", "Sev Khavar", "Shenez Longa", "Marinella", and "Laz Bar".  © 1996-2021, Dusty Groove, Inc.

Echoes Of Timbuktu & Beyond In Congo Square
Folkways, 1979. New Copy Gatefold
CD...$12.99 16.98 (CD...$8.99)
A beautifully poetic take on the transplantation of African sounds in the US scene – played on a variety of different instruments by Bilal Abdurahman! The tracks are mostly short, percussive ones – with the strongest focus on instrumentation, but with occasional vocal refrains from ... CD