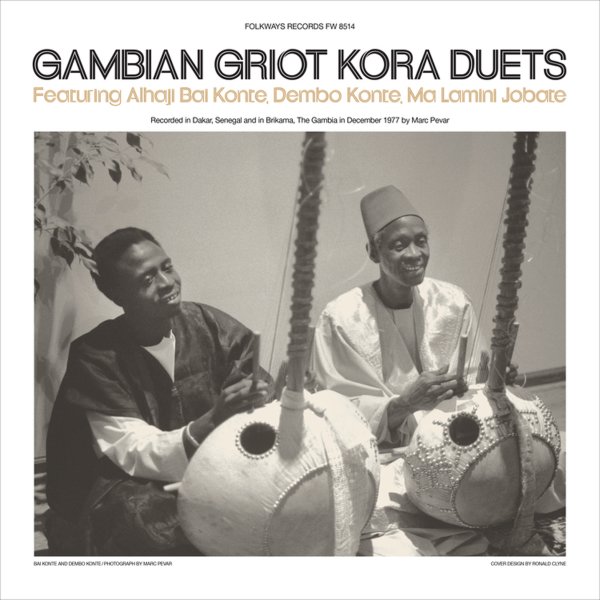 A beautiful little record – one that features cascading tones from the strings of the kora, mixed with occasional vocal moments too! The album was recorded in Dakar and Brikama in the mid 70s – and is maybe the start of a great run of later sessions that found a way of taking this amazing instrument to a wider audience – opening up the ringing, many-stringed tones of the kora with fidelity that really lives up to the tonal complexities of well-played performances like these. Some of the songs are quite long, and have a very hypnotic vibe – and titles include "Tutu Jara", "Sutukung Kumbu Sora & Solo", "Darisalami Amad Fal", and "Yeyengo High Life Tune".  © 1996-2021, Dusty Groove, Inc.
(Special limited CD – pressed up for us by the Smithsonian Folkways label. Comes with original cover artwork, and the CD also features a PDF file with the original liner notes and other materials from the original record release.)