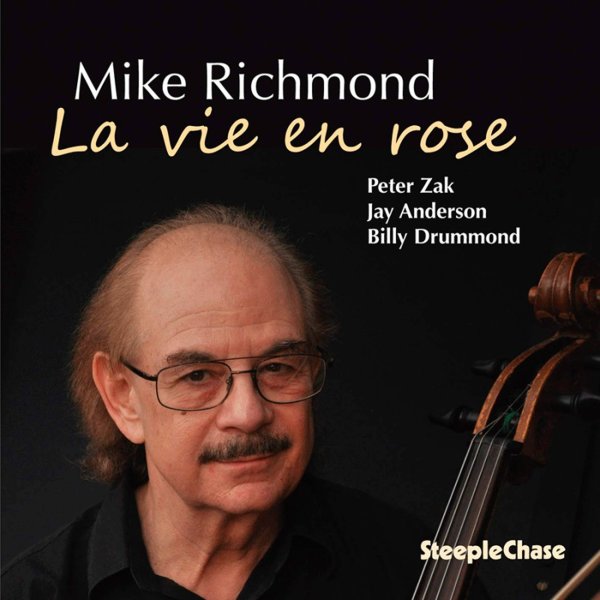 Rich, round tones from Mike Richmond – one of the few improvising cellists we know in jazz – a musician who can pluck the instrument with all the depth of a bassist, and whose work here takes us back to classics in the tiny genre by Ron Carter, Oscar Pettiford, and Eldee Young! The setting is lean, and the cello lines are clean – really inflected with a mix of melodic and rhythmic vibes – the latter of which are underscored by deeper conventional bass work by Jay Anderson, in a quartet with Peter Zak on piano and Billy Drummond on drums! The lineup have a great way of swinging gently, as Richmond moves between plucking and bowing – on titles that include "Stranger In Paradise", "Come Sunday", "La Vie En Rose", "Duke Ellington's Sound Of Love", and "Zingaro".  © 1996-2020, Dusty Groove, Inc.