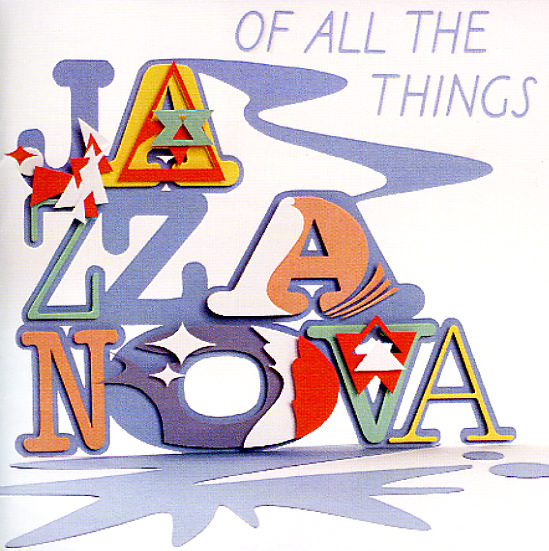 A tremendous step forward for Jazzanova – an album that's overflowing with classic soul touches, and done in a style we'd hardly have expected from the group a few years before! Jazzanova have always had an ear for older sounds in their music – which is something that first set them apart from the dancefloor pack – but this album's a really amazing achievement, and one that's put together with the solid sound of some lost late 60s sessions from Motown at points – or with some of the cooler sounds of European jazz of the 70s! There's still a 21st Century vibe to the music – a bit of crackle here and there that marks it as contemporary – but the backings also have tight orchestrations, occasional strings, and that perfectly put-together quality that still makes us marvel at old soul and jazz records after all these years. Vocals are sublime too – as the album features contributions from Phonte, Paul Randolph, Ben Westbeech, Jose James, Dwele, Bembe Segue, and Leon Ware – all of whom fit in perfectly, without any of the sort of random "vocals with sound system" feel you might get in another album of this type. Most tracks are co-written with the vocalist – which is an even hipper touch that ensures a depth of quality – and titles include "Gafiera", "Lucky Girl", "Little Bird", "I Can See", "Look What You're Doin To Me", "Let Me Show Ya", "Lie", and "So Far From Home" – plus a great cover of "Rockin You Eternally". 2019 Deluxe 3LP version comes with a full LP of previously unreleased instrumentals, too!  © 1996-2020, Dusty Groove, Inc.
(Includes download – and comes in a pop-up gatefold sleeve!)