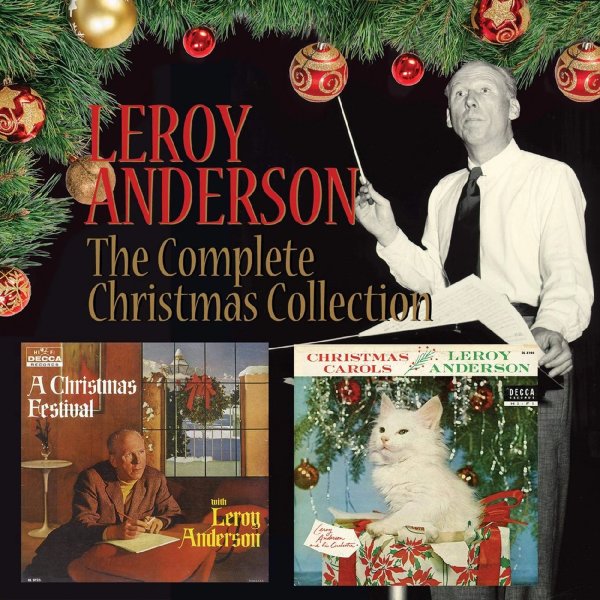 Two full albums of orchestral Holiday instrumentals from Leroy Anderson – the midcentury composer/conductor who has a knack for playful, creative combinations of sound! Both the records here have Anderson in maybe the straighter side of his spectrum – partly respectful to the needs of a Christmas Record – but the orchestrations make some nice magic out of a set of short tunes that mix the more spiritual songs of the season with a few secular numbers too – all handled with that kind of elevated style for the more sophisticated living rooms of the postwar years. Titles include "Patapan", "Pastores A Belen", "Wassail Song", "Angels In Our Fields", "Away In A Manger", "The Coventry Carol", and "March Of The Kings" – and both albums begin with a long "Christmas Festival" medley. CD also features mono and stereo versions of "Sleigh Ride" – a tune that was one of Anderson's biggest hits!  © 1996-2021, Dusty Groove, Inc.