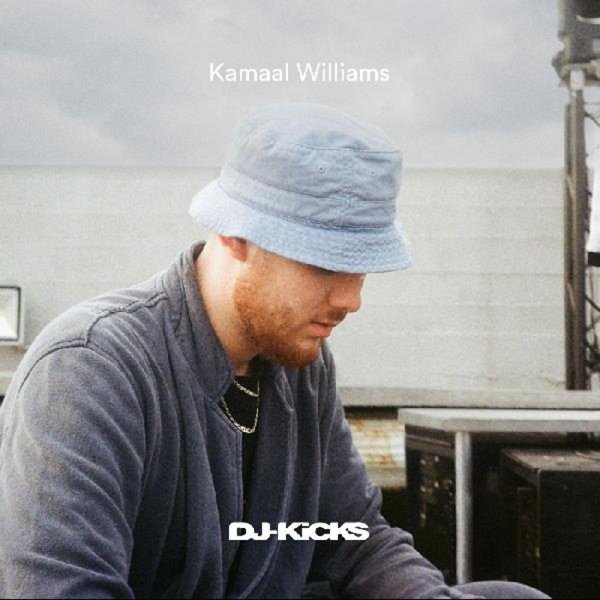 Keyboardist Kamaal Williams has given us some great records under his own name – and here, he turns in a stunning set for the DJ Kicks series – a record that's overflowing with a mix of cosmic jazz, soul, and club from some of Kamaal's key contemporaries – mixed with a few great contributions of his own! All the criss-crossing of styles that we love in Williams own music is present in his selections on this set – and there's a majestic flow that really shows an understanding of all the changes in the underground during the past decade or so – as Kamaal takes us on a musical journey through its landscape of sound! Titles include "Hey There" by Steve Spacek, "Buggin Out" by Seiji, "Summer Madness SA" by Karriem Riggins, "Stuck (orig)" by Peven Everett, "Southern Freeez" by Freeez, "Ein Kola Bitte" by Ratgrave, "Peace & Love's Comin" by Phil Asher, "He's So Crazy" by Wbeeza, "Pregnant" by Awanto 3, "It's All In The Groove" by City People, "Lowrider" by Yussef Kamaal, "Nuts" by Dego, "Cause I Love You" by Diggs Duke, and the cuts "Strings (ATL)", "Snitches Brew (live)", and "Shinjuku (DJ Kicks)" by Kamaal Williams himself.  © 1996-2020, Dusty Groove, Inc.

Influences Vol 2 – A Selection Of Drum N Bass, House, Brazilian, & Disco – Compiled By DJ Marky
BBE (UK), 2017. New Copy 2 CDs
CD...$8.99 19.99
Rare club cuts from a few different generations – all brought together here in a really wonderful collection! The set's supposed to tip us off to the influences on the music of DJ Marky – but even if you don't care about him at all, you'll find plenty here to love – as the ... CD