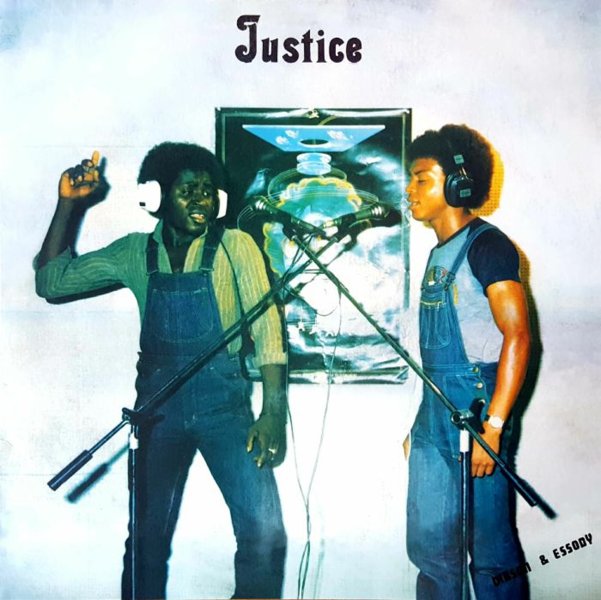 Sweet boogie groovers from the early 80s Nigerian scene – heavy on warm vocals from Victor Essody and riffing guitar from Claude Dibson – but also warmed up with plenty of basslines and keyboards too! The sound is pretty spare and tight – electro soul, maybe filtered through a bit of a Nigerian impulse – especially as William Onyeabor acted as remixing engineer on the set, a presence that you can definitely hear in the way that some of the keyboards come across! Tunes are shorter and more focused than any of Onyeabor's work, though – with a great glow on both the groovers and few mellow moments – titles that include "Justice", "Music Makes You Move", "Music Lovers", "My Love Is For You", "Keep On Trying", "No One's Gonna Live Forever", and "Let Your Body Move".  © 1996-2021, Dusty Groove, Inc.