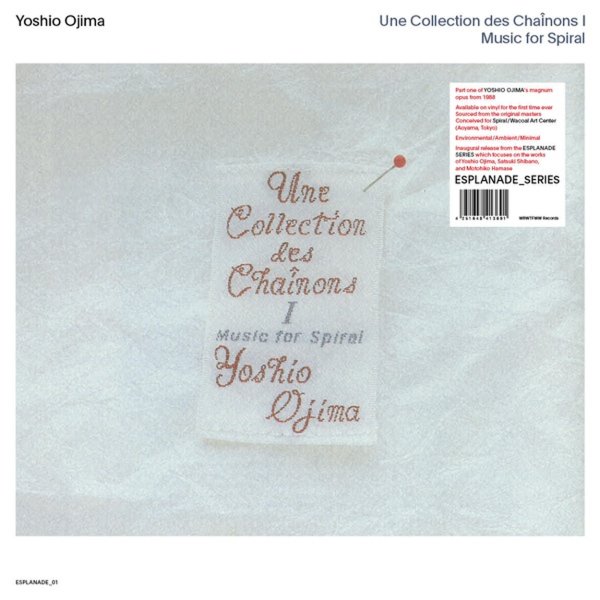 Incredible sounds from Japanese composer Yoshio Ojima – music created for the Spiral art center in Tokyo – one of the most beautiful buildings we've ever visited in the city! The spot is a special blend of art and commerce – and the music by Ojima shifts between the sorts of sounds you might hear in an installation, and work that's similar to some of the environmental music of his contemporaries – all delivered with spare electronics and a minimalist mode that really shows the fantastic direction some of these Japanese composers were taking after the initial Brian Eno experiments with ambient music, particularly Music For Airports. Titles include "Mensis", "#1", "Glass Chattering", "Entomology", "Flius", "Entrance", "Float On", "Esplanade (live)", "Les Trois Graces", "Atrium", "Market", "Sealed", "Entomology (Let's Go Go)", "Parjanya", and "Orientate".  © 1996-2021, Dusty Groove, Inc.