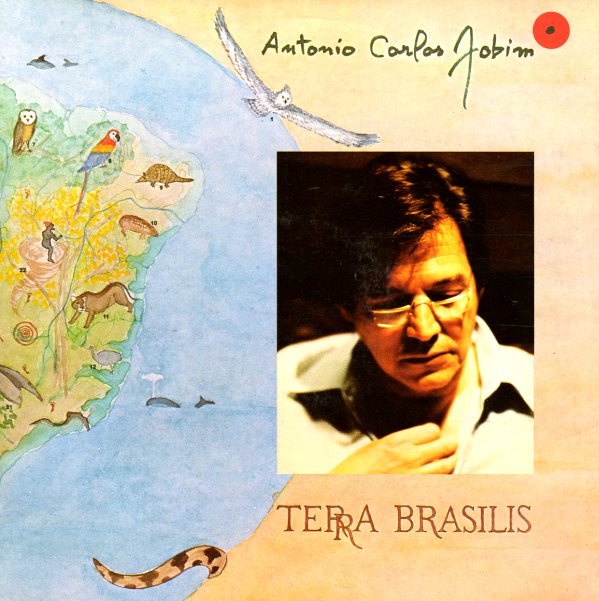 Pretty great sounds from the legendary Antonio Carlos Jobim – an album cut a bit later than his bossa years, but with a darkly sophisticated sound that's pretty darn compelling! The album features larger orchestrations by Claus Ogerman, and in a way, it's similar to the Jobim album on Decca from 1973 (aka Maita Pere) – in that it's got all the simple elements of Jobim's earlier bossa scoring, flushed out into moodier orchestral forms that we'd rank right up there with the modernist work of Gil Evans or Duke Ellington. A few cuts have a breezier sparer sound, and you'll hear English versions of some older bossa tunes. Titles include "Dreamer", "Canta Mais", "Olha Maria", "Wave", "Two Kites", "This Happy Madness", "Song Of The Sabia", "Estrada Do Sol", "Voce Vai Ver", "Off Key", and "Triste".  © 1996-2021, Dusty Groove, Inc.
(Cover has a hype sticker and a gold promo stamp.)