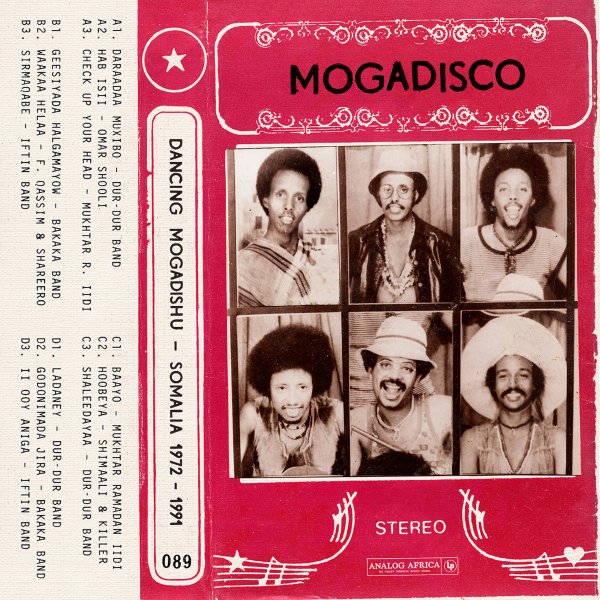 A mountain of music from the scene in Somalia during the 70s and 80s – all of it pulled from the vast archives of Radio Mogadishu, and showing a wonderful range of expression at the time! The music here is all pretty darn funky and soulful – as you'd expect from a collection on Analog Africa – but there's also some great criss-crossing of cultural elements taking place here, both in time and space – a shift in electric instrumentation from the 70s to the 80s, and an openness to other styles of rhythms too – even a bit of reggae and dub from time to time! Yet even when things are more straightly funky, they're never too straightforward – as the music bristles with all these unusual touches and sweet instrumental twists and turns – always keeping things interesting throughout. As always with the label, there's a fantastic set of notes – a big booklet that also recounts the struggle to reissue this music, with a fair bit of Somali history and culture too – all in support of titles that include "Daraadaa Muxibo" by Dur Dur Band, "Sirmaqabe" by Iftin Band, "Godonimada Jira" by Bakaka Band, "Ladaney" by Dur Dur Band, "Hoobeya" by Shimaali & Killer, "Baayo" by Mukhtar Ramadan Iidi, "Hab Isii" by Omar Shooli, "Waakaa Helaa" by F Qazzim & Shareero, "Il Ooy Aniga" by Ifitin Band, "Geesiyada Halgamayow" by Bakaka Band, and "Check Up Your Head" by Mukhtar Ramada Iidi.  © 1996-2020, Dusty Groove, Inc.
(Includes download!)